SWICKERS is bringing residence the bacon after the official opening of its $64 million processing facility at the moment.

The state-of-the-art processing facility has considerably elevated the variety of pigs processed from 280 pigs per hour to 750 pigs per hour.

Employment has additionally boosted with an additional 230 workers being employed on prime of the already 570.

Minister for State and Growth, Manufacturing, Infrastructure and Planning Cameron Dick and Minister for Agricultural Business Growth and Fisheries Mark Furner had been welcomed by workers and guests on the Swickers.

The Ministers got a guided tour of the $64 million greenback new processing plant by Suncorp’s Group CEO and Managing Director Dr Robert van Barneveld earlier than the official opening commenced.

Minsiter Dick stated in wake the of the devastating hearth that ravaged the ability in 2016, their authorities started working carefully with Swickers to rebuild.

“We did not simply need to return the ability to full capability, we needed to assist their expansions for the longer term and create extra jobs for the folks of Kingaroy and the South Burnett,” Minister Dick stated.

“What we see right here at the moment is among the largest abattoirs within the Southern Hemisphere, which is a implausible consequence for the corporate and the group.

“Swickers took the chance to not simply rebuild the boning room however to put money into the transformation of your complete facility, incorporating state-of-the-art know-how to enhance effectivity.

“With greater than 800 workers now working on the Kingaroy facility, Swickers continues to be a significant employer for this a part of our state.”

Minister for State and Growth, Manufacturing, Infrastructure and Planning The Honourable Cameron Dick making a speech on the opening ceremony. Laura Blackmore

After 4 years of planning, Dr Barneveld was most trying ahead to some stability within the coming months.

“We’re all fairly excited for some normalisation as a result of we’ve got had two years of disruption,” Dr Barneveld stated.

“I turned the Group CEO six months earlier than the hearth on the plant.

“I’ve definitely discovered much more about this facility than I even deliberate to.”

“We respect the hassle and the loyalty to group has give to us and it is a synergistic relationship that we need to keep,” he stated.

As soon as the formalities concluded, workers and friends had been invited to style an assortment of meals on the grazing tables and participate in guided excursions across the new facility. 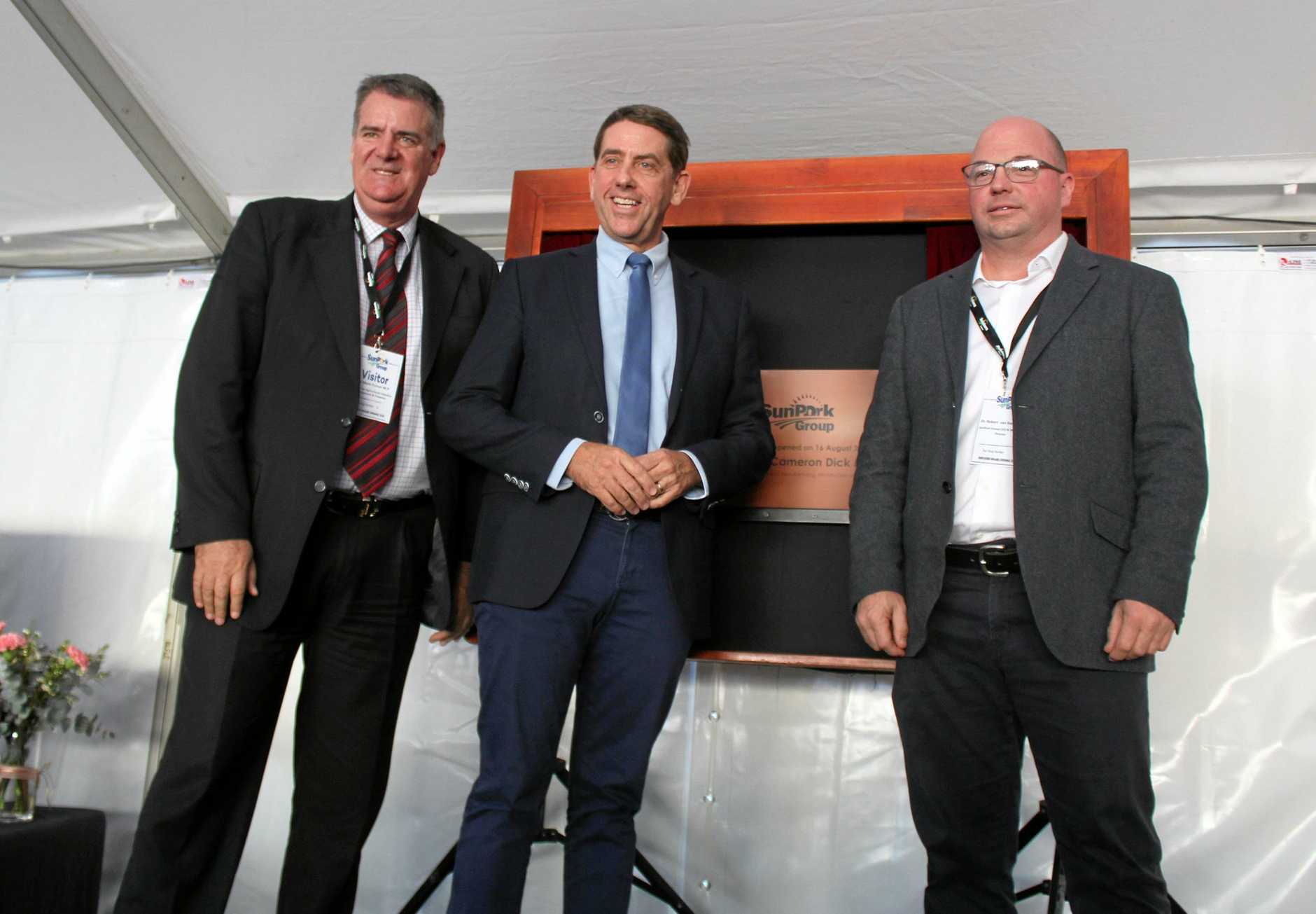